On June 24th, 2013 the EPWG on FoRB hosted a cocktail reception in the European Parliament to mark the adoption by the EU Foreign Affairs Council of the European Union (EU) Guidelines on promotion and protection of freedom of religion or belief. Members of the EPWG on FoRB, representatives of the European Parliament, the European External Action Service (EEAS), religious communities and civil society participated in the event. MEPs Dennis De Jong and Peter Van Dalen, co-Presidents of the EPWG on FoRB, Veronique Arnault, Director for Human Rights at the EEAS, and Christel Lamère Ngnambi, Board Member of the European Platform against Religious Intolerance and Discrimination (EPRID), were keynote speakers. EPWG on FoRB Co-Presidents emphasised that the EU FoRB guidelines ensured that the rights of believers and non-believers were protected. The Co-Presidents also spoke about the guidelines’ priority areas of action such as conversion, non-discrimination and the right to manifest one’s religion or belief. Veronique Arnault, in her speech, focused on the universal character of FoRB based on Article 18 of the ICCPR. Christel Lamère Ngnambi remarked: “This celebration is more than that of the adoption of a public diplomacy document. It is also a celebration of a significant and fruitful success story of civil society organisations working hand in hand with public institutions to increase the solidity and the efficiency of policymaking.” 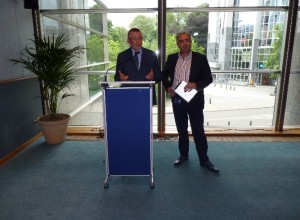 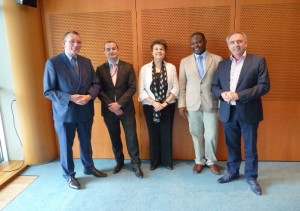 European Parliament Intergroup on Freedom of Religion or Belief